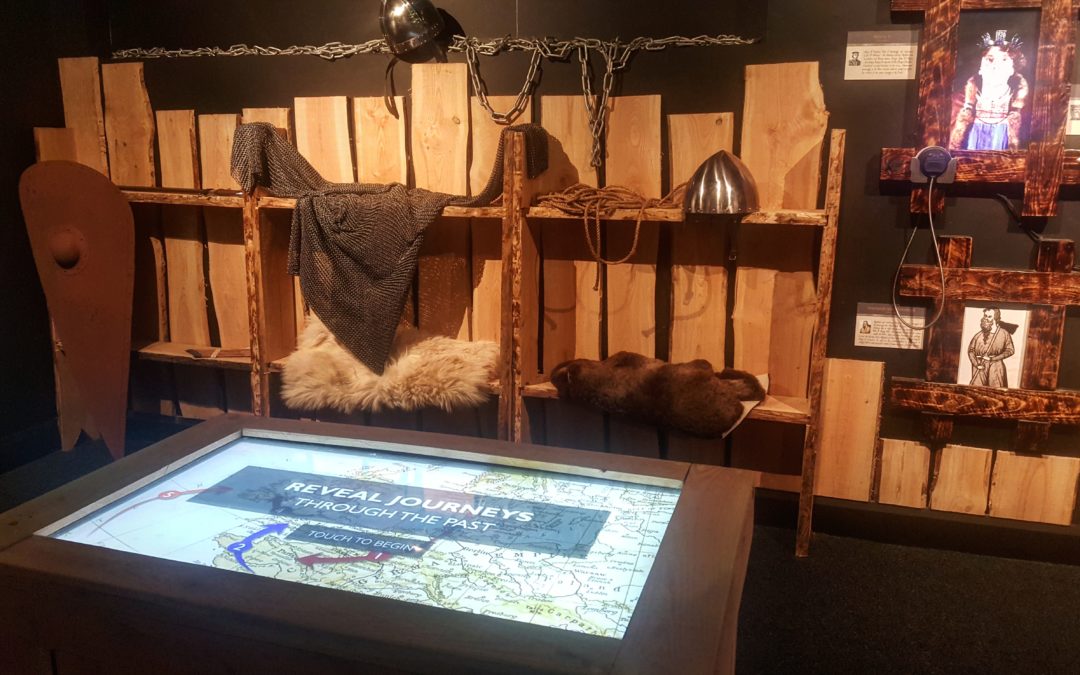 There is a reason Ireland’s newest Norman heritage centre is in Granard in Co. Longford. A Norman knight called Richard De Tuite built a Motte (pronounced ‘moat’ locally) in Granard in 1199. It is reputedly Ireland’s highest Norman motte. For exactly 820 years, it has loomed large over the town, a permanent reminder of one man’s legacy. Through centuries of war and rebellion, the Motte has stood tall, a silent sentry through life’s ups and downs.

Locals have always understood the value and the power of the sleeping Norman giant at the town’s head. But it’s beauty and glory was a local secret, largely lost on the rest of the world. The historical significance of the Motte and indeed Granard itself diminished as the years rolled past.

That is until a stalwart band of local volunteers formed a committee in 2012 to stave off the economic decline in the town. Having brainstormed many ways to affect change and provide local employment, the idea of the Granard Heritage Park was born. They fundraised both here and abroad in the USA for many years to bring the dream to fruition. Phase 1 of their plans, a Norman Heritage & Visitor Centre opened in the shadow of the Motte in September 2018.

Our newly-opened Knights & Conquests Heritage Centre tells not only the story of the Motte & Richard De Tuite, but beautifully illustrates the story of the Irish Game of Thrones. A dispute between Rory O’Connor of Connacht and Diarmuid MacMurrough of Leinster that led to the Norman Invasion of Ireland. This changed the landscape forever and still impacts on the way we live today.

It is a testament to the culture of volunteerism that is strong in rural Ireland. And to the community spirit that runs through the town of Granard and further afield. This is carried amongst its sons and daughters abroad who continue to hold Granard strong in their hearts. It also shows what can be achieved when we stop talking and start doing.

Visitors can dress as a Norman peasant or knight and meet the key players in the Norman invasion. Find out if you have a Norman name (as a Brady from Cavan I most definitely do not!) and dig for artefacts in our Norman CSI room. The state-of-the-art experience is topped off with a deferential and poignant nod to Granard’s most-famous female, Kitty Kiernan. She was the fiancée of the great Michael Collins. To say any more on this room would ruin the surprise, for what happens in Kitty Kiernan’s Drawing Room stays there!

The Future is Bright:

We have ambitious plans for this historic Granard Motte site which we will share in the coming weeks, months and years. We couldn’t be prouder to be given the opportunity to bring the history of this great land and its even greater people to light. Meanwhile, thank you for your support to date and we look forward to welcoming you soon. So you can experience Norman Ireland in your very own game of thrones right in the beating heart of Ireland’s Hidden Heartlands.

If you would like to find out more about the Knights & Conquests Granard Visitor Centre please call us today on 086 700 6715 or email info@knightsandconquests.ie. You can also send us a note on our Contact Us page.

You can also visit the Longford Tourism website to find more things to see and do in Co. Longford and the wider Midlands area. The Discover Ireland website is also a great resource to find experiences in Ireland’s Hidden Heartlands.

We practice a Staggered Entry Online System where one household at a time can visit in an hourly slot. See link below to book your slot:

Discounts apply for groups of 10+